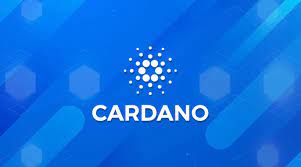 Cardano (ADA) is a blockchain platform built on a proof-of-stake consensus protocol (called Ouroboros) that validates transactions without high energy costs. Development on Cardano uses the Haskell programming language, which is described as enabling Cardano “to pursue evidence-based development for unparalleled security and stability.” The blockchain’s native token, ADA, is named after the 19th century mathematician, Ada Lovelace.

What is Cardano (ADA)?

Cardano is one of the biggest cryptocurrencies by market cap. It’s designed to be a next-gen evolution of the Ethereum idea — with a blockchain that’s a flexible, sustainable, and scalable platform. Cardano aims to enable smart contracts, which will allow developers to build a wide range of decentralized finance apps, new crypto tokens, games, and more. According to the creators of Cardano, “Ouroboros is the first provably secure proof-of-stake protocol… more secure, scalable, and energy-efficient than anything that has come before.”

The Cardano blockchain is divided into two separate layers: the Cardano Settlement Layer (CSL) and the Cardano Computing Layer (CCL). The CSL contains the ledger of accounts and balances (and is where the transactions are validated by the Ouroboros consensus mechanism). The CCL layer is where all the computations for apps running on the blockchain are executed — via the operations of smart contracts. The idea of splitting the blockchain into two layers is to help the Cardano network to process as many as a million transactions a second.

Unlike Ethereum-based tokens, Cardano native tokens aren’t created via smart contract. Instead, they run on the same architecture as the ADA cryptocurrency itself. According to the nonprofit Cardano Foundation, this makes Cardano native assets “first-class citizens” on the blockchain. Their native architecture can theoretically make these tokens more secure and reduce the fees associated with transactions.
A brief history of Cardano

Cardano was launched in September 2017 by Ethereum co-founder Charles Hoskinson, and aims to be a third-generation blockchain (or blockchain 3.0) project — building on top of the technology pioneered by Bitcoin (first gen) and Ethereum (second gen). Cardano’s goal is to be a highly scalable and energy-efficient smart contract platform.

The Ouroboros consensus mechanism is based on peer-reviewed research by a team of computer scientists and cryptographers from the University of Edinburgh, Tokyo University, and other institutions. Their goal was to build a decentralized network that could validate transactions in a scalable, secure way — while ensuring that the Cardano platform would be as energy-efficient as possible.
How do I stake Cardano?

Cardano’s goal is to be the most environmentally sustainable blockchain platform. It uses a unique proof of stake consensus mechanism called Ouroboros, as opposed to the energy-intensive proof-of-work system currently used by Bitcoin.
Proof-of-work vs. proof-of-stake

Decentralized cryptocurrency networks need to make sure that all transactions are legitimate without the oversight of a central authority, like a bank. To accomplish this they use a “consensus mechanism” to verify transactions.

The original crypto consensus mechanism, called proof of work, was first popularized by Bitcoin mining. Proof of work requires a large amount of processing power contributed by virtual “miners” around the world. Rather than using a network of miners, proof of stake uses a network of invested participants called validators.

The network selects a winner based on the amount of ADA each validator has in the pool and the length of time they’ve had it there — literally rewarding the most invested participants.

Once the winner has validated the latest block of transactions, other validators can attest that the block is accurate. When a threshold number of attestations have been made, the network updates the blockchain.

All participating validators receive a reward in ADA, which is distributed by the network in proportion to each validator’s stake.

Becoming a validator is a major responsibility, but interested parties can also earn ADA rewards by “delegating” some of their crypto to a staking pool run by someone else.

On March 1, 2021, the Cardano blockchain introduced the ability to create native tokens. Like Ethereum tokens — which can include things like NFTs or stablecoins — Cardano native assets can be created and distributed on the blockchain and are able to interact with smart contracts (once smart contracts are enabled on the platform).
Where can I buy Cardano?

Much like the Ethereum blockchain’s native cryptocurrency is ETH, the Cardano blockchain’s native cryptocurrency is ADA — which can be bought or sold via exchanges like Coinbase. Today, ADA can be used to store value (perhaps as part of your crypto portfolio), to send and receive payments, and for staking and paying transaction fees on the Cardano network.
How do I store Cardano?

You can hold ADA on Coinbase, in Coinbase Wallet, and using a number of crypto exchanges and wallets.

The future steps of Scala – What to expect from upcoming...

My microwave is too small to fit the microwave popcorn bag

The Ideal Length of Everything Online, Backed by Research

Show HN: ResMaps – See who is viewing your resume are...

Let’s Build a Traditional City and Make a Profit

Building a Gimbal in Rust: An Introduction

ABOUT US
We provide you with the latest breaking news and videos straight from the NFT industry.
Contact us: info@skypaybd.com
MORE STORIES
Cryptocurrency